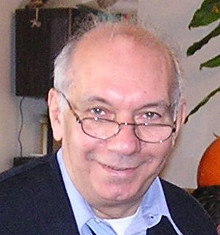 With deep sadness we learned that prof. Antonino Pullia, our former colleague, passed away.

Tonino Pullia has been a professor of our Department for many years, and was later among the founding fathers of the new Department at the University of Milan Bicocca, also taking on the role of Coordinator of our Doctorate.

For his fundamental contribution to the discovery of neutral weak currents with the CERN "Gargamelle" bubble chamber, Tonino Pullia was also awarded the Enrico Fermi Prize in 2011.

He is also remembered for his great human qualities by those of us who have been so lucky to know him personally.

We also express our sincere condolences on behalf of all members of the Department and the Doctoral College to his son, our colleague, Alberto, and to his family.